CoverageBook or ClipCoverage? Find out which tool is better to build and share media coverage reports. We have compared their User Satisfaction Indexs, pricing policies as well as the most important differences between the features of these two applications for PR professionals. 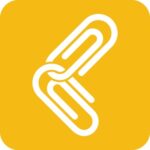 PR metrics for posts from social media channels provide data for the whole site and not for an individual post
Do the coverage reports look great?Subjective feeling
VS
No questions about that
VS
ClipCoverage is a Google Slides add-on, so the coverage report is in a form of a presentation. It looks very good, but CoverageBook’s reports looks slightly better

CoverageBook and ClipCoverage are both great and very similar tools to build and share media coverage reports. CoverageBook primary advantage over ClipCoverage is that its reports look slightly better visually. On the other hand, ClipCoverage is cheaper and offers more coverage clips in its plans (though the difference on higher plans is just $20). We prefer to pay less than more and as there are no significant differences between the two apps, we give the winner cup to 🏆ClipCoverage.

Social media trends to watch in 2021

We will be happy to hear your thoughts