Prowly or Prezly? Find out which one of these two leading PR CRM systems is better. We have compared both systems’ User Satisfaction Indexs and pricing policies. Also, we have pointed out the most important differences between the features of Prowly and Prezly. 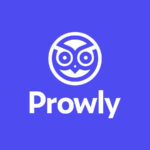 Prowly and Prezly are both great PR CRM systems. Prowly primary advantage over Prezly is that it offers a media discovery feature and is cheaper – though it comes with the limitation on the number of emails you can send per month and Prowly’s logo on your newsroom. If you are a smaller company or PR agency then you should choose 🏆Prowly. For bigger companies, which don’t want to be limited by the number of emails sent per month and don’t care about the media discovery feature, Prezly is a cheaper option than Prowly (with their highest plan). Additionally, you will get Prezly’s media coverage report feature as a bonus. That’s why for bigger companies and PR agencies we recommend 🏆Prezly.

We will be happy to hear your thoughts